I have provided below (at the bottom of this post) a link to new draft guidance for applying enterprise risk management (ERM) and the new COSO (Committee of Sponsoring Organizations of the Treadway Commission) 2017 ERM framework to environmental, social and governance (ESG) risks. The draft guidance is prepared by COSO and the World Business Council for Sustainable Development (WBCSD). The draft guidance is provided for comment, and it rather lengthy.

Usually I do not comment about drafts or proposals; however, I find this draft and approach very interesting. I’m also awaiting the update of ISO 31000 to see how these and similar topics are covered.

All of this having been said, and as I have previously stated, I believe that people and businesses generally only undertake activities of this type (i.e., ERM and ESG) if they are legally required to do so such as by law, statute, regulation or rule, or if it becomes sufficiently expected or advocated that they will do so by influential people, groups or organizations such as by investors, creditors, executive officer or board member groups or organizations, or other stakeholders.

At this point it is established that the board must oversee risk management and in many organizations the audit committee is involved in that oversight, there are a number of reporting or disclosure requirements for risk management, ESG, or environmental matters, and there are laws at least relating to environmental contamination. I certainly expect that requirements in these areas will be increasing over time – the question is how quickly that will occur. Please see my other posts on risk management and ERM and related topics including the 2017 COSO ERM framework and its provisions relating to culture and governance.

Here is the link to the draft COSO and WBCSD ERM and ESG guidance, 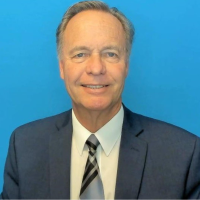 You may have heard about the recently filed lawsuit against Google in which it is alleged that Google terminated the employment of an employee for his political viewpoint comments that he made over a company internal communications network. So you might wonder, are or can political comments be protected speech in the workplace environment? The answer is yes, they can be. See below California Labor Code §§1101 and 1102.

There are relatively few cases that interpret §§1101 and 1102, or what comments or activities are “political” in nature.

For your additional information, California Labor Code §§1101 and 1102 state as follows:

1101. Political activities of employees; prohibition of prevention or control by employer

No employer shall make, adopt, or enforce any rule, regulation, or policy:

(a) Forbidding or preventing employees from engaging or participating in politics or from becoming candidates for public office.

(b) Controlling or directing, or tending to control or direct the political activities or affiliations of employees.

1102. Coercion or influence of political activities of employees

I’m forwarding along a discussion about the expected update of ISO 31000 Risk Management. Similar to posts that I have been doing for the recently updated COSO ERM framework, I will be adding ISO 31000 to the discussions when the update arrives. 2017 and 2018 are looking like important years for the development and improvement of risk management and ERM for officers, directors (and audit and risk committees), managers, elected representatives, and suppliers, and throughout the entire entity or organization. On this blog you will also find earlier, but recent, posts where I have been discussing the new COSO ERM framework. I particularly like the culture and governance category which was added as the first category for consideration.

Click on the following link for the discussion about the expected update of ISO 31000 https://www.iso.org/news/ref2239.html

I am forwarding an article by Scott Moritz of Protiviti (click the link below), discussing ethical culture surveys, which are in vogue now, but might not be soon when they are no longer the center of attention. In his short article Mr. Moritz does capture the importance of a well-drafted survey to gather information and to help demonstrate employer interest in the topic. I suggest that the board also sponsor the survey – in my view, as a general matter boards should be more visible on important topics, such as the entity’s culture. “Tone at the top” and “visibility,” you know?

Mr. Moritz’ article doesn’t go into the detail of preparing a well-drafted survey – I would like to see an open discussion, and specific examples, about well-drafted ethical culture surveys so that everyone can get onboard, now and continuing in the future.

Here is the link to Mr. Moritz’s article: https://blog.protiviti.com/2017/12/18/measuring-ethical-culture-tapping-open-secrets/

I have pasted below copies of the press release from the California Department of Fair Employment & Housing, and the related required workplace poster for transgender rights, which employers are required to post beginning January 1, 2018. Officers, directors, managers, employees, contractors, third parties, etc., should consider transgender rights part of work place culture, in addition to satisfying compliance requirements. Best to you, David Tate, Esq.

Workplace harassment – its in the news, a lot, and it will continue to be in the news. But do people know what they are talking about? Allegations and assertions such as on social media are one thing – legal admissible evidence, causation, proof and damages are different. So . . . as a point of reference, below I have provided some of the legal standards (select California jury instructions) that may apply depending on the facts and circumstances. Best to you, David Tate, Esq.

Note: the complained of activity must constitute or amount to harassing conduct under the circumstances of the situation; unlawful harassment isn’t just any harassment – the harassment must be based on a protected status; and the harassing conduct must have been severe or pervasive. Also note, although the example jury instruction (CACI 2521A) that I have provided below is based on conduct that is directed specifically at or upon the plaintiff victim, the harassing conduct can be directed at other people if the conduct is otherwise observed or experienced by, or in some other manner affecting the plaintiff. Also note, other related issues can involve, for example, disparate treatment, disparate impact, retaliation, disability discrimination reasonable accommodation and attempt at reasonable accommodation, constructive discharge, battery, available defenses, etc. If you are dealing with issues in these areas, you also need to have a correct understanding of the intent of the law.

That [__________ name of plaintiff] was subjected to unwanted harassing conduct because [he/she] was [protected status, e.g., a woman];

That the harassing conduct was severe or pervasive;

That a reasonable [e.g., woman] in [__________ name of plaintiff]’s circumstances would have considered the work environment to be hostile or abusive;

That [__________ name of plaintiff] considered the work environment to be hostile or abusive;

[Select applicable basis of defendant’s liability:]
[That a supervisor engaged in the conduct;]

[That [___________ name of defendant] [or [his/her/its] supervisors or agents] knew or should have known of the conduct and failed to take immediate and appropriate corrective action;]

Harassing conduct may include, but is not limited to, [any of the following:]

[b. Physical harassment, such as unwanted touching, assault, or physical interference with normal work or movement;] [or]

[c. Visual harassment, such as offensive posters, objects, cartoons, or drawings;] [or]

“Severe or pervasive” means conduct that alters the conditions of employment and creates a hostile or abusive work environment.

In determining whether the conduct was severe or pervasive, you should consider all the circumstances. You may consider any or all of the following:

The nature of the conduct;

How often, and over what period of time, the conduct occurred;

The circumstances under which the conduct occurred;

Whether the conduct was physically threatening or humiliating;

The extent to which the conduct unreasonably interfered with an employee’s work performance.

[[__________ Name of plaintiff] does not have to prove [discrimination/harassment] in order to be protected from retaliation. If [he/she] [reasonably believed that [__________ name of defendant]’s conduct was unlawful/requested a [disability/religious] accommodation], [he/she] may prevail on a retaliation claim even if [he/she] does not present, or prevail on, a separate claim for [discrimination/harassment/[other]].]

I have read that the contract for the NFL Commissioner position is being negotiated, with a salary range of $30,000,000 to $50,000,000 per year, plus perks. I’ll be Commissioner for $2 Million a year, and do a better job. The Commissioner’s position is high profile, but its not good when the Commissioner personally becomes such the focus of public discourse, and a battlefield for control between the owners, players, fans and the public.

For example, the Brady situation could have, and should have been handled very different. See prior blog posts for May 7 and 20, and August 13 and 22, 2015 at http://directorofficernews.com

A summary of my qualifications to be Commissioner:

Experienced lawyer and counselor on complicated matters including legal issues, workplace and employment, governance, litigation, corporate, abuse, directors and officers, etc. I have seen and have been involved in a lot of diverse, difficult situations.

CPA experience, in addition to finance and tax.

Very good interacting with people from different backgrounds who have different positions in complicated and highly charged and emotional situations, and keeping things from boiling over, while working toward positive resolution.

Experience as a mediator.

No baggage, unlike the current Commissioner.

A good feel for issues involving people, fans, the public, and running a business.

Best to you, and looking forward to 2018. David Tate

Just a brief note. I have become a member of ProVisors in their San Mateo 2 group. I’m looking forward to collaborating with members of the group and other members of ProVisors. Onward. Please see links for the Royse Law Firm, and my blogs below, and connect with me through LinkedIn, twitter, etc. (you will find connect links on my blogs).

That’s all for now. I’m David Tate. I’m a California litigation attorney. I also provide advice on a range of legal duty, liability, business and workplace, corporate governance, D&O, risk management, and trust/fiduciary administration issues and situations, and I can put you in touch with an appropriate attorney if your needs are outside of my areas. You do need to consult with an attorney or other appropriate professional about your situation. This blog post or video or audio is not an advertisement or solicitation for services inside or outside of California. Thanks for reading, listening, or viewing.

See also my blogs at http://californiaestatetrust.com and at https://lawriskgov.com/ (and a prior blog at http://auditcommitteeupdate.com)

I have attached below clips from two new disability cases posted on the EEOC website. One case involves the reasonable accommodation issue, and the other case involves disability screening. Note, and this is important, EEOC website clips present only one side of the story. There is always more than one side. But I have attached these clips because they present the EEOC viewpoint, and they do highlight that there are a lot of business issues and situations involving and relating to disability discrimination.

This first clip is from a case involving American Airlines, dealing with reasonable accommodation. Again, I note that this is the EEOC viewpoint – I believe that the EEOC overstates the employer’s obligations.

This second clip is from a case involving Amsted Rail, dealing with alleged disability screening. Again, this presents only the EEOC’s viewpoint.

That’s all for now. I’m David Tate, and I’m a California litigation attorney, and I also handle governance and risk management. You need to consult with an attorney or appropriate professional about your situation. This blog post or video or audio is not an advertisement or solicitation for services inside or outside of California. Thanks for listening, viewing or reading.